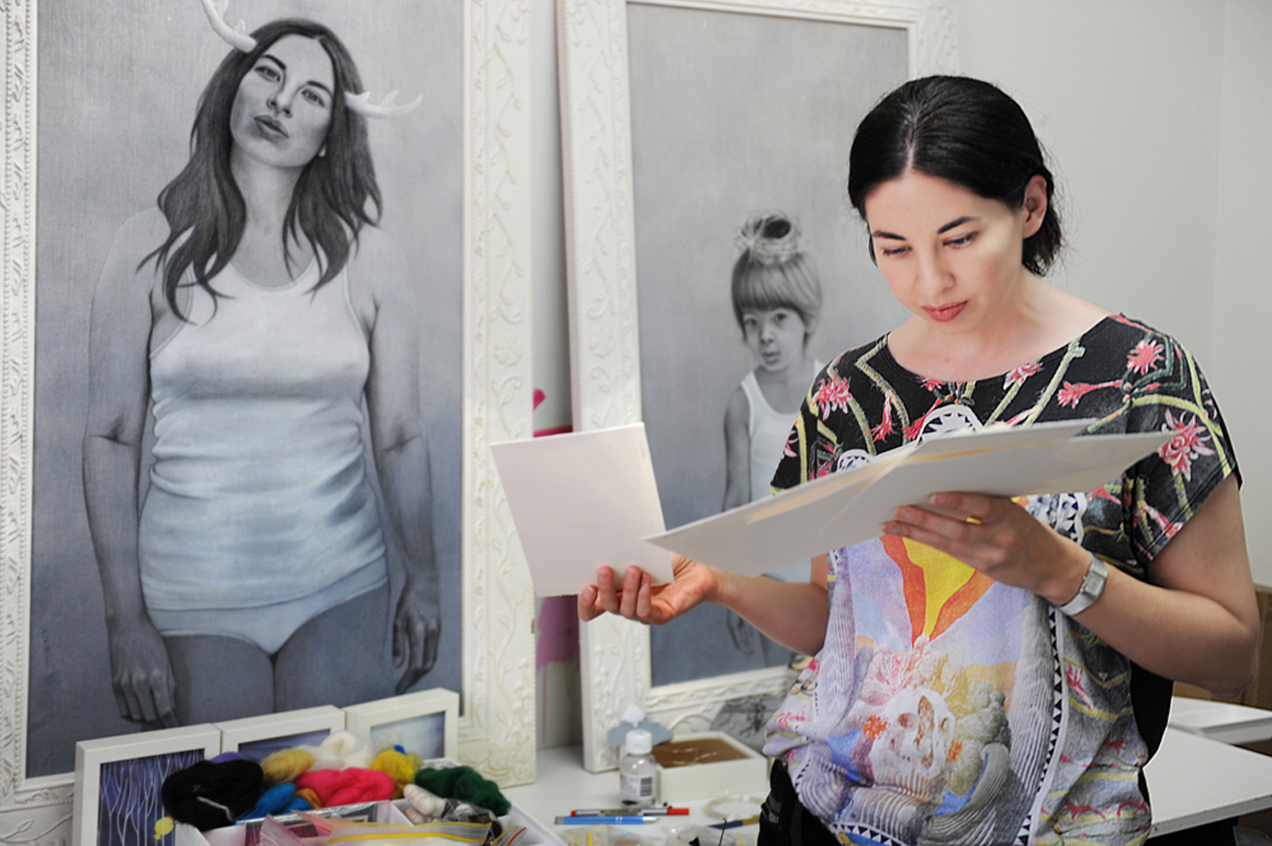 Elizabeth Marruffo is from the small border town of Agua Prieta in Sonora, Mexico. In her painting practice, Marruffo engages with ideas of self-representation along with themes of collective grief, loss and love. Her paintings appear as dreamlike images where the earthly and the otherworldly co-exist. With an increasing interest in folkloric traditions, she uses the techniques of a traditional painting practice and creates works that have a distinctive and contemporary voice.

In her work with children’s community groups she uses poetic and gentle techniques in ways that encourage a child’s ability to develop their own creativity and sense of self.

Elizabeth currently lives and works in Perth, Western Australia. She is also the director of Milktooth Arts Space, where she develops and runs children art classes and adults art workshops. She is a sessional lecturer in painting at Edith Cowan University, has been a finalist in numerous national painting awards including The Portia Geach Memorial Prize and is represented in various collections.

Relevant experience
I have been a self employed artist since 2007 with both solo and group shows at various locations around Australia and internationally and the following workshops, exhibition curation and commissions.