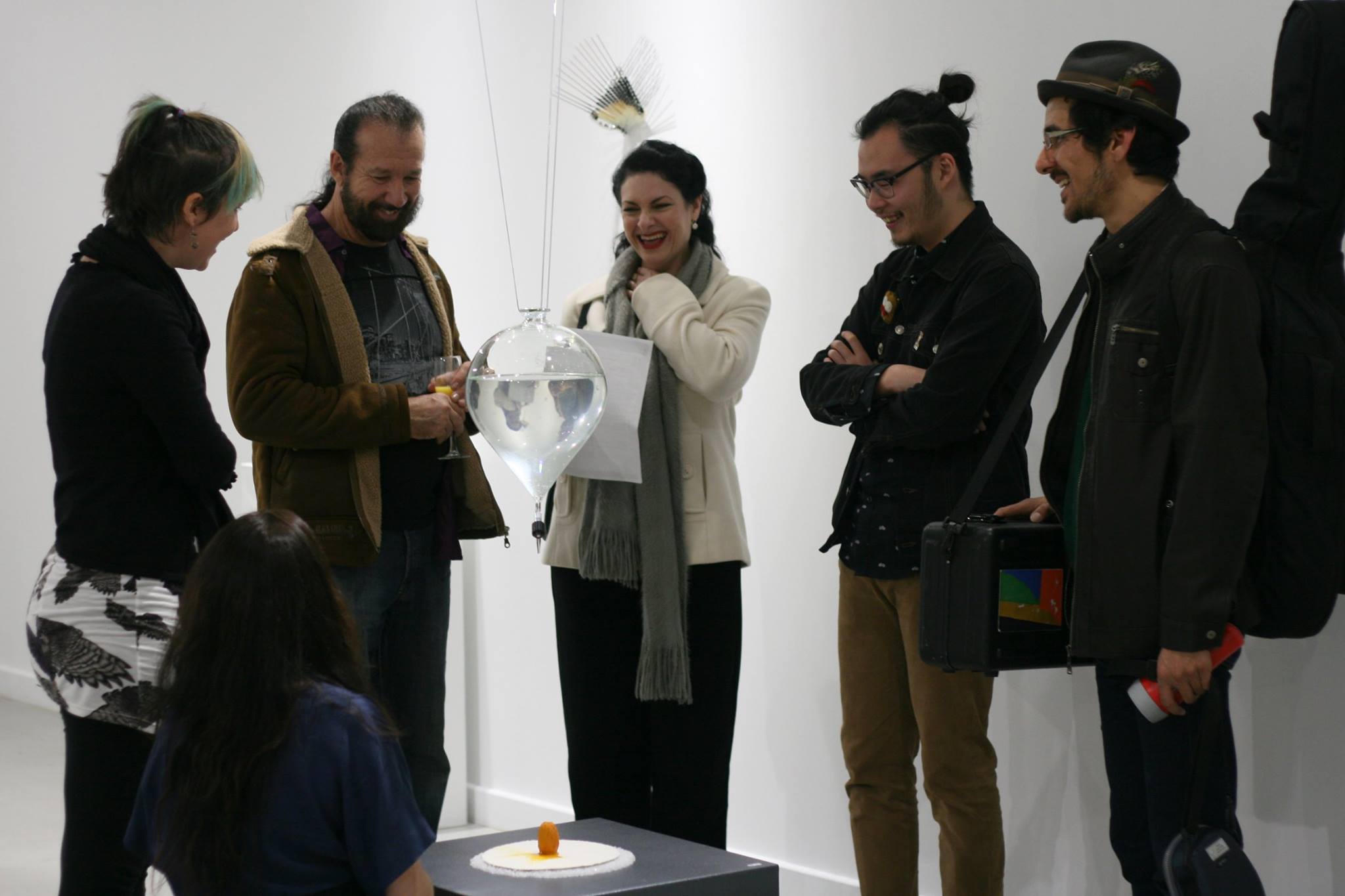 Egg Tooth, an exhibition at Edith Cowan University has invited Western Australian artists to create works based on threatened species of birds. Money raised from the sale of the works will go to Birdlife WA, an advocacy group for native birds.

“We’ve brought together around 40 local artists and I’ve allocated each artist a threatened or endangered bird to make a work in response to,” curator Elizabeth Marruffo said. “There’s a mixture of two-dimensional and three dimensional works.”

The sculptures hang from the ceiling in that shape of the Apus constellation, which is thought to represent a bird of paradise.

Ms Marruffo said it’s an opportunity for the public to see small art works by Western Australian artists they may not have heard of. “Artists are a little bit like birds; they keep to themselves and don’t always speak for themselves as much as they should.”

Not all the representations are literal. Artist Claire Krouzecky has interpreted the brief in a highly original work, co-ordinating its construction in Perth while based in New York.

“She’s organised for this beautiful piece of scientific glass to be suspended from the ceiling,” explained Ms Marruffo. “Underneath it there is a plinth with a circular bed of salt. On top of the salt is a piece of watercolour paper, and on top of the watercolour is this beautiful egg made of yellow Indian pigment. She was given the Indian yellow-nosed albatross. She organised for some sea water from the Indian Ocean to go inside the glass vessel and throughout the exhibition the sea water droplets will drip onto the egg and create a painting on the watercolour paper. There are 85,000 droplets of water in the vessel and that is how many of these birds are left of that type.” 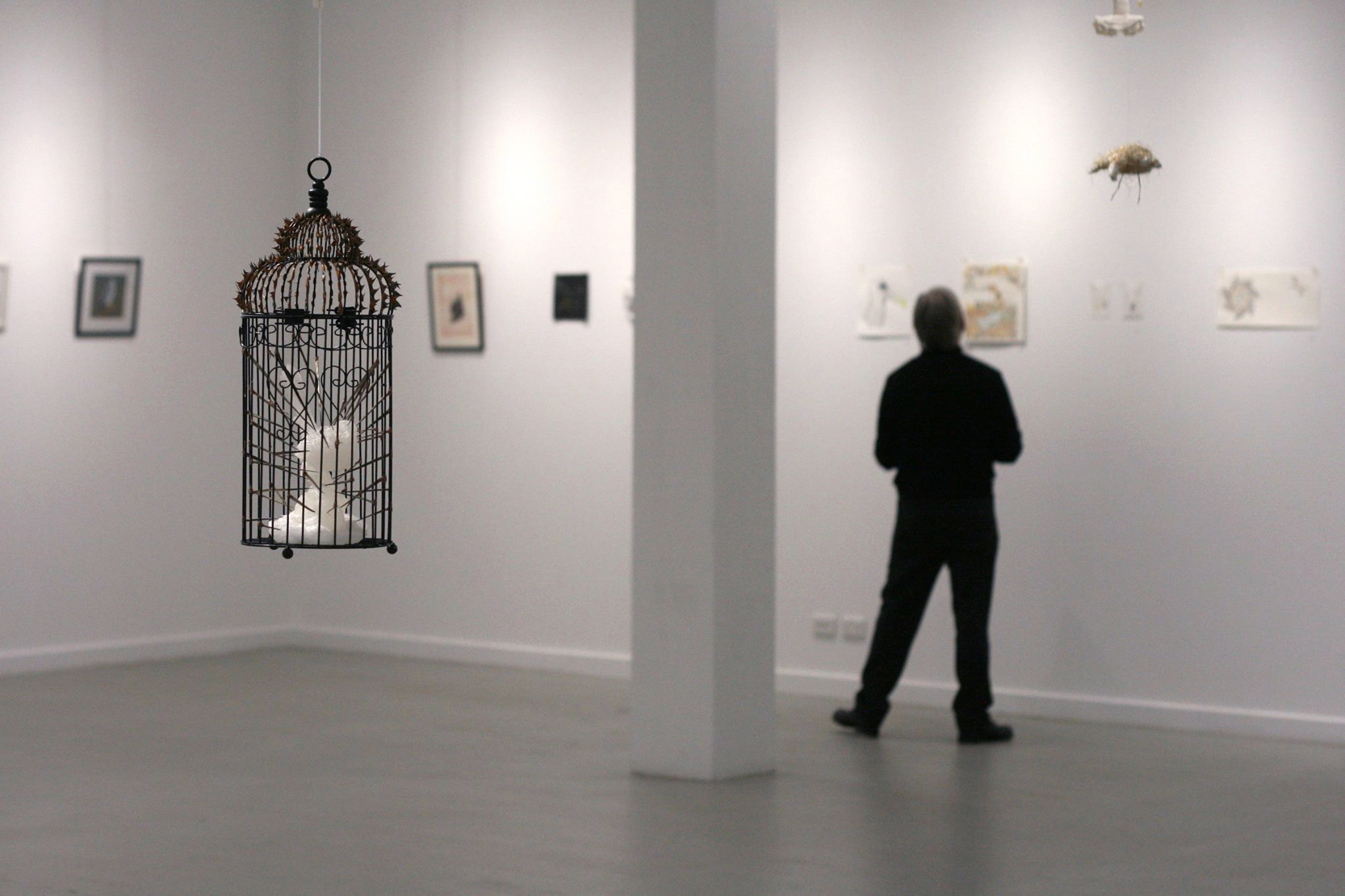 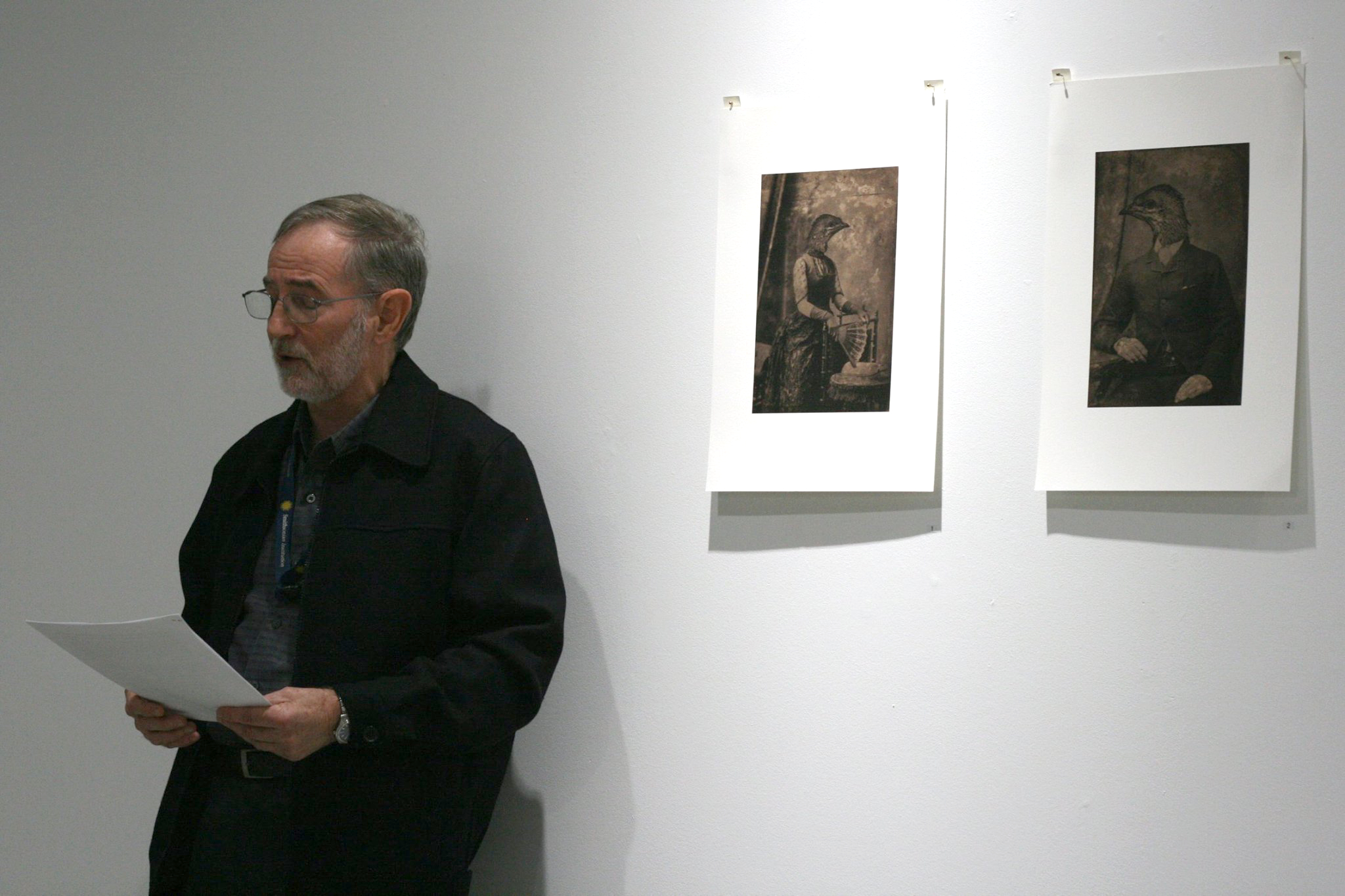