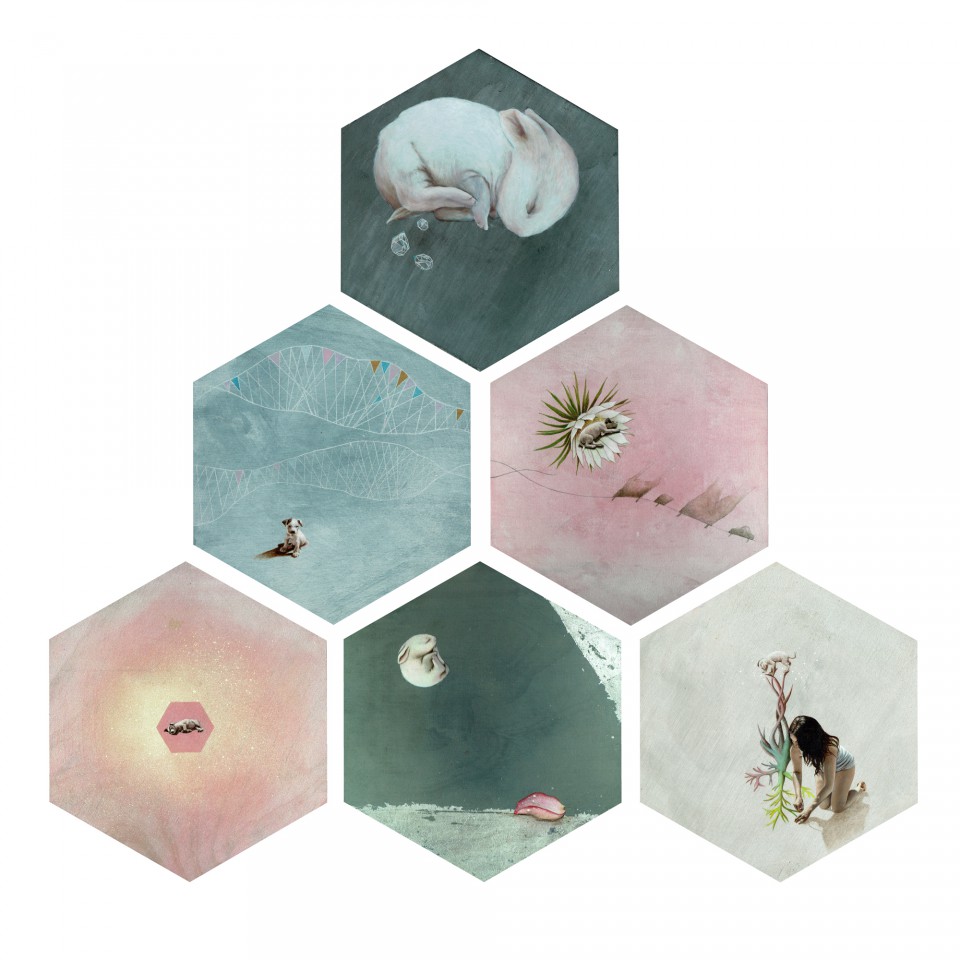 My upcoming exhibition ‘Love Spells for a Thief‘ will be running at the Margaret River Gallery from the 26th of March and will run until the 18th of April.

Works can be viewed on the website already and early release sales are available for select works.

In Elizabeth Marruffo’s solo show ‘Love Spells for a Thief’ at the Margaret River gallery, old-master painting techniques will meet the world of Internet witchcraft.

While on an international artist residency in 2013, a large amount of Marruffo’s works were stolen and since then she has been planning a series of painted love spells for this unidentified thief. Marruffo says:

‘It was a devastating experience; losing all of the work I had created during that intense period away. It made me think about the ways we process loss and what we do to will it into something else.’

These sixty love spells are painted on hexagonal panels of wood, and incorporate the symbols she has developed in her practice as well as some of the mundane personal items that were stolen. The titles are love spells drawn from on-line sources that respond to the painted images in coincidental, and humorous ways, yet also with a lot of sincerity.

One of the sixty spells reads:

‘Enchant and empower your clothes as they go in the dryer. Imbue them with a special magical intent.’

Each love spell is being shared daily on the artists Instagram account as a countdown to the exhibition.

Marruffo is hoping to leave the viewer spellbound with a mixture of delicately rendered and highly detailed miniatures, some large-scale hexagonal shaped paintings and an immersive hive-like installation of the love spell paintings.

In late 2016, the love spell paintings will be compiled in to a book of spells, called a grimoire. 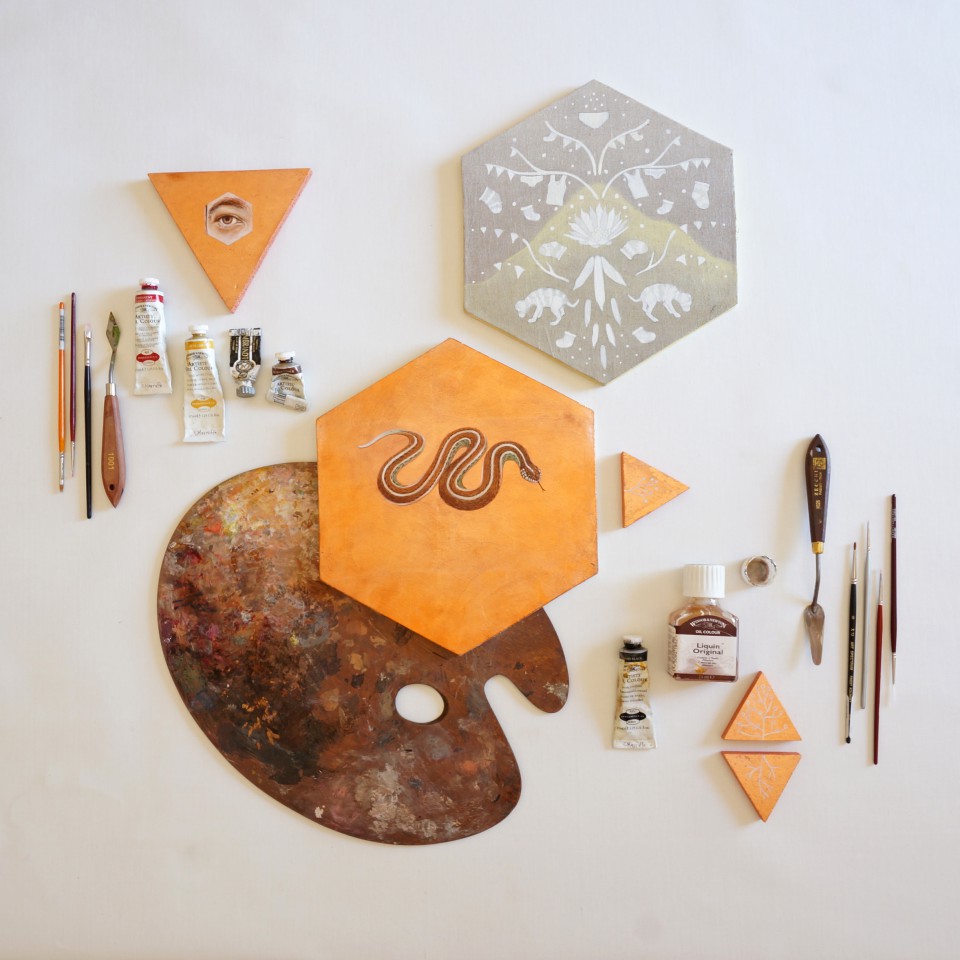